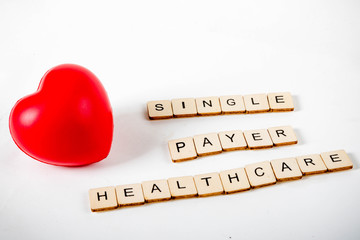 Single-payer healthcare or it’s  a type of generally accepted healthcare funded by taxes that cover the payment of important healthcare for all residents, with payment covered by a single public system. This system may agree to healthcare services from private organization, or may own and employ healthcare resources and personnel. It also describes the system whereby healthcare is paid by a one public authority.

The History Of Single-Payer Healthcare System

This term was established in 1990s to
show the difference between the Canadian healthcare system from the United Kingdom. In the Canadian healthcare system, the government is responsible for funding health insurance whereby health services are provided through private agencies. In the United Kingdom, both funding and delivery of health care are provided by the government.

This healthcare systems are practiced by countries like the UK or Spain, in this two countries, they have this healthcare insurance programs. These programs generally provide some form of universal healthcare, which is followed in different ways. In some cases doctors are employed and hospitals are run by the government. On the other hand, the government may buy health services from other organization, just like the Canadian approach.

In Taiwan, healthcare is administered by the Department of Health of the Executive Yuan, while South Korea usually have multiplayer social health insurance universal healthcare system which are familiar to other countries health care system, with healthcare societies providing coverage for the whole populace. Other countries have Beveridge and hybrid single payer health systems and so on.

This site uses Akismet to reduce spam. Learn how your comment data is processed.